December 6: A National Day of Remembrance and action on the violence against women 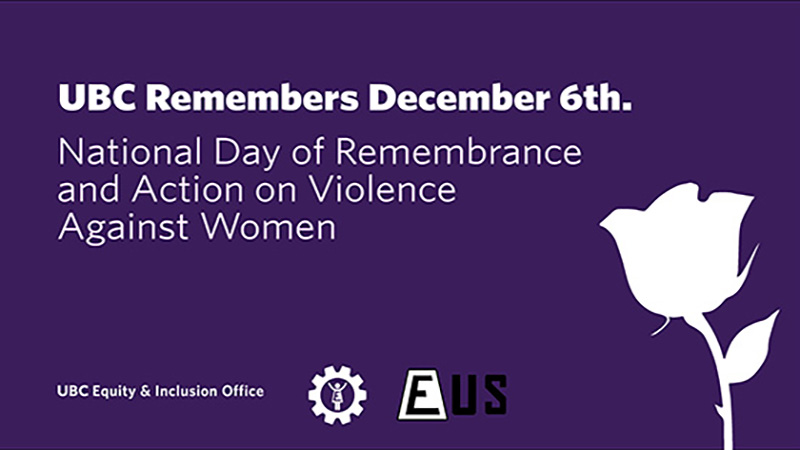 On December 6, 1989, an armed man entered an Engineering class at l’École Polytechnique de Montréal. After he forced the men to leave, he said he ‘hated feminists’ and began shooting the women students in the class. He continued through the rest of the school, firing at women on the campus. At the end of his rampage, he had murdered 14 women before committing suicide.

In response to such acts of violence, Canada established December 6 as the National Day of Remembrance & Action on Violence Against Women. It is a reminder of this national tragedy, and provides us with an opportunity to reflect on the nature of gender-based violence in Canada.

At UBC, we recognize that violence against women is an ongoing reality, influenced not only by sexism and heterosexism, but also by poverty, racial discrimination, colonialism, and other factors. We remember this tragic event and honor the women who died. We also need to ask why the violence against women continues.