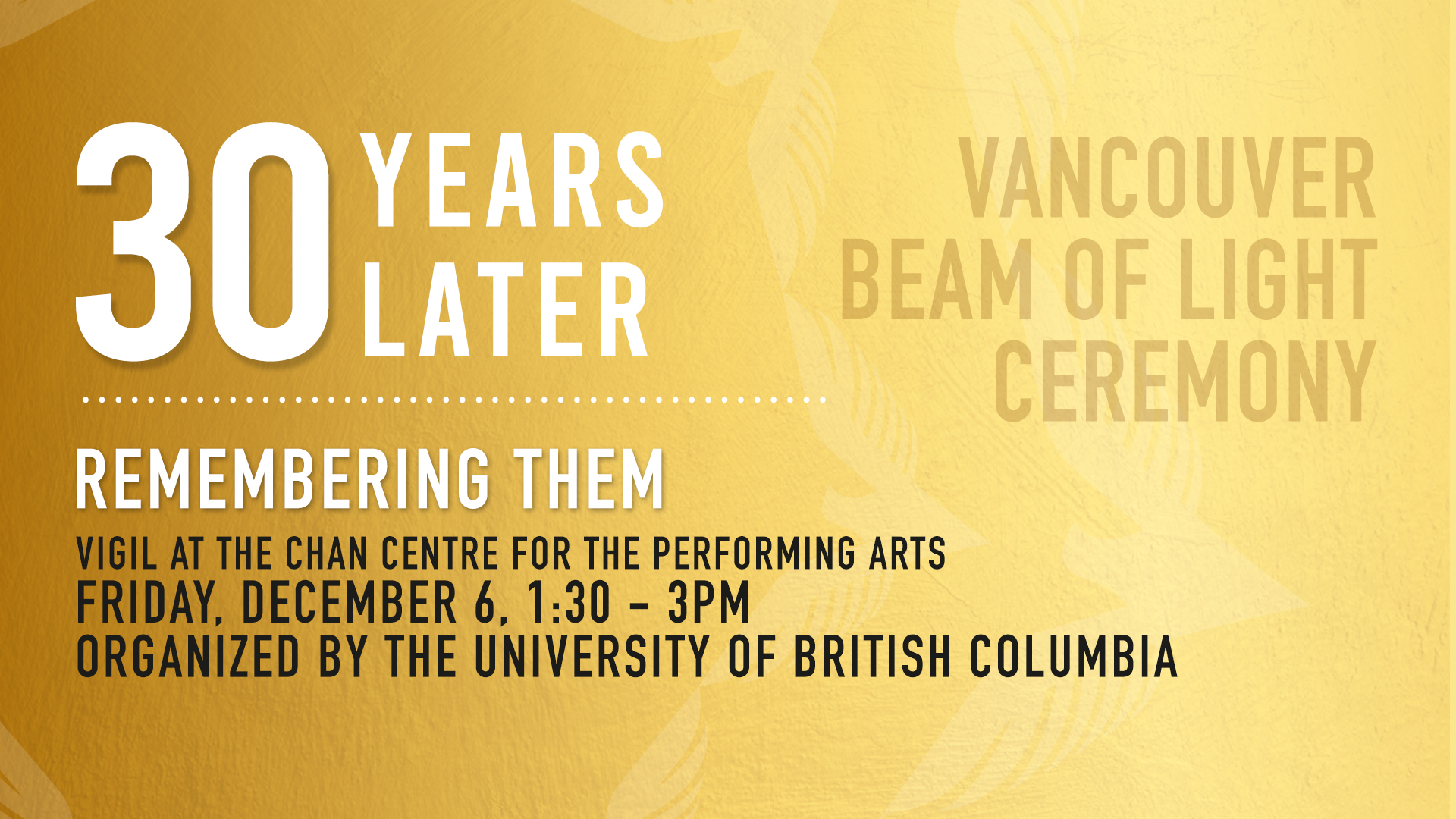 We invite you to join our commemoration of the 30th anniversary of the École Polytechnique massacre, and the National Day of Remembrance and Action on Violence Against Women (White Ribbon Day) at the Chan Centre for the Performing Arts.

On December 6, 1989, an armed man walked into an engineering class at l’École Polytechnique de Montréal. After forcing the men to leave, he stated that he hated feminists and began to shoot the women in the class. By the end of the shooting, he had killed 14 women and injured ten more.

In response to this tragedy, Canada established December 6 as the National Day of Remembrance and Action on Violence against Women. This day serves as a reminder of the gender-based violence against women in Canada and around the world that persists today.

UBC will be one of 14 universities participating in a 30th anniversary memorial event together with the École Polytechnique. We invite you to join us to honor the lives lost, and take part in the “Beam of Light Ceremony”, which will be held at each of the participating universities and simulcast on CBC.