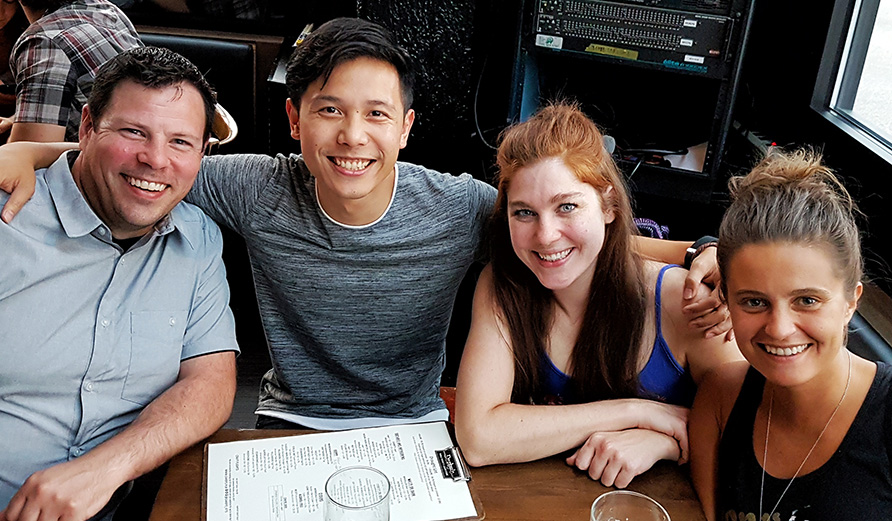 On July 31, 2017, UBC President Santa Ono issued a broadcast email regarding the wildfires that have been devastating British Columbia this summer. According to the Wildfire Service information office, an estimated 894,941 hectares have burned in BC since April 1. So far $315.7 million has been spent fighting the fires and at their peak more than 45,000 British Columbians had been displaced from their homes. It is the worst wildfire season on record in the province.

At times like this, Ono writes, we may ask “what can I do to help?” He goes on to encourage us to donate to the Red Cross relief fund, saying, “no matter how small, your support will make a difference.”

Marc Apduhan (APSC ’17, Chemical and Biological Engineering) is passionate about sustainability and environmental issues and recently began a position with Hemmera as an environmental engineer in training. When he realized the impact the fires were having, he decided to take action. As a recent graduate, he wasn’t in a position to make a significant monetary contribution to the Red Cross relief fund, so he initiated a fundraiser. Hemmera was already encouraging their staff and community to support the wildfire relief, so when Marc began his efforts, they immediately offered to match any donations he raised.

“I also work on campus with Dr. Susan Baldwin at Remediation Technologies,” says Marc. “I first became aware of the impact of the fires when her fieldwork in Quesnel had to be cancelled due to the impending danger of the fires. Then I began hearing how friends working and living in and around BC were being evacuated. I didn’t realize how major of an issue this actually was until I started looking into it. The maps I saw showed the towns my friends were staying in surrounded by the wildfires.”

To incentivize donations, Marc approached Darby’s, a local restaurant, to co-host his fundraiser — your donation earned you a meal that you could either enjoy yourself or donate to someone in need (all tips were also donated to the relief fund) and if Marc reached his goal of $1000 he vowed to entertain donors by singing (if badly) karaoke.

“As a new employee, I wasn't nervous asking Hemerra to throw the dinner,” he says, “but I was nervous about inviting my colleagues, and discussing the relief effort, and asking for money. I think that people are typically skeptical when you ask for money. They think, ‘Why should I donate to the Red Cross when I can donate to something else? Why is this problem getting all the attention, and why is another one not?’ I empathized and was ready for this response, but actually, everyone was all for it.”

“I think the scariest part about this is that it's a natural disaster, one we're indirectly causing, and it's the worst one we've had,” says Marc. “Disasters like these are only getting worse as we move forward. The sad thing is, I think people are becoming complacent about climate change. Especially in cities like Vancouver, where it's not as visible. When the smoke reached Vancouver, that's when people started to pay attention. It's important to educate yourself and see how you can contribute — be it raising funds to assist those directly affected, talking about it with others, or making a change in your lifestyle.”

Marc’s fundraiser raised $1500, and the donations are still coming in. His team at Hemmera have raised $10,080. “I dearly hope this assists those affected,” he says. “And I hope it gets people talking about climate change and what we can do to help. I'm floored by the amount of support I've received, and hope others get inspired to do the same.”

To contribute to Marc’s fundraiser, visit paypal.me/marcapollo. For more information about (or to donate to) the British Columbia Fires Appeal, visit www.redcross.ca/donate/appeal/donate-to-the-british-columbia-fires-appeal.

Your donation will help provide immediate relief such as cots, blankets, family reunification and financial assistance for food, clothing and personal needs. Beyond meeting immediate needs, your donation may also help re-entry and go towards more long-term recovery, resiliency and preparedness.