Which types of copper surfaces can help stop the spread of hospital infections? 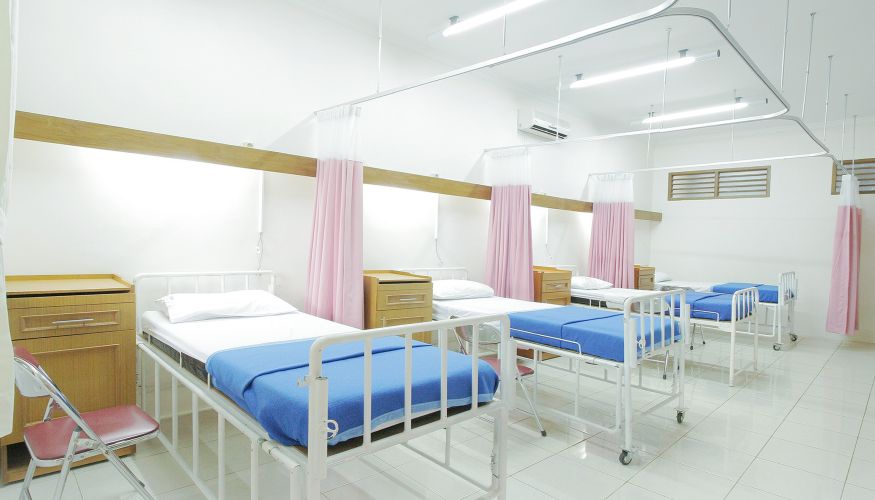 Bacteria and other microorganisms thrive in health care settings, infecting hundreds of millions of patients — and costing health systems billions of dollars — every year.

Now, new research from the University of British Columbia suggests that using certain copper alloys on door handles and other high-contact surfaces in health care facilities could help reduce the spread of two of the most notorious bacterial culprits.

“We know that copper and its alloys can kill microbes. But how well those alloys hold up under daily cleaning and disinfection has been unclear,” says Edouard Asselin, an author of the study and a materials engineering professor at UBC. “We wanted to identify durable copper formulations that hospitals could use to prevent health care-acquired infections.”

The research team took three different copper alloy-based surfaces, as well as a stainless steel control, and subjected them to 365 10-second rounds of cleaning and disinfection. This was done using a device known as the Wiperator, which mechanically rubbed each type of surface with a microfibre cloth that had been presoaked in one of three disinfectants commonly used in hospitals.

The researchers then analyzed each surface for changes in mass, form, structure, roughness and chemical composition — all reflective of the surface’s durability — after the year of simulated use. They also assessed the surfaces’ ability to kill the bacteria Staphylococcus aureus and Pseudomonas aeruginosa, which are responsible for tens of thousands of health care-associated deaths every year.

“Copper kills microorganisms by penetrating their cell wall and causing interior damage,” says Asselin. “But some bacteria — like S. aureus — have thicker walls, making it harder for the copper in certain alloys to get inside.”

The top performer was the “integral” copper surface: a copper-nickel alloy, it eliminated at least 99.59 per cent of P. aeruginosa and 84.40 per cent of S. aureus within two hours. It was also the most durable of the three surfaces, experiencing the least mass loss and corrosion over the course of the treatment.

A spray-on copper alloy killed 99.99 per cent of P. aeruginosa and actually became deadlier to S. aureus after being treated with one of the disinfectants: quaternary ammonium enabled the alloy to kill 99.24 per cent of the bacteria, 40 per cent more than in its untreated form. This was likely because the disinfectant promoted the release of bacteria-destroying copper ions.

“Unfortunately, materials typically used in health care settings — stainless steel, plastics, wood and others — don’t have any bactericidal properties,” says lead study author Elizabeth Bryce, a clinical professor in UBC’s Faculty of Medicine and the Regional Medical Director for Infection Control at Vancouver Coastal Health. “Based on our findings, decision-makers in health care might consider using integral or spray-on copper alloys on frequently touched surfaces like counters and bed railings.”

The research, published in Biointerphases, was conducted in a lab environment. But the nature, force and frequency of the cleaning and disinfection were designed to simulate real-world methods, and the UBC team is currently completing a follow-up clinical study in four hospitals.

Photo by Adhy Savala on Unsplash