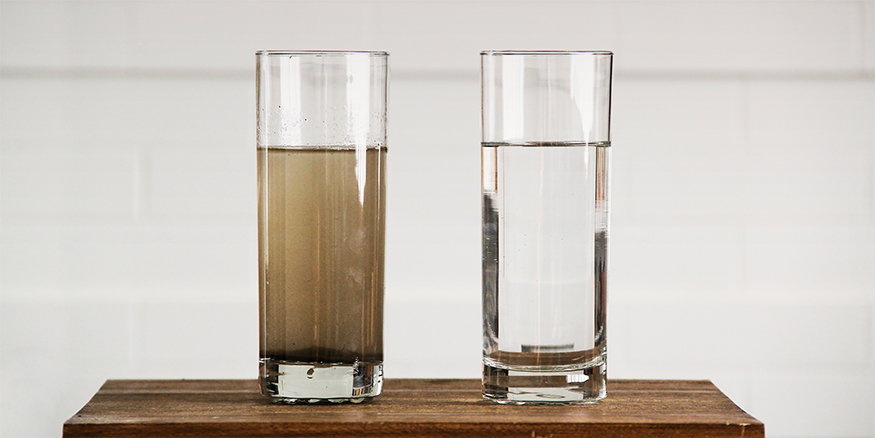 For as long as they could remember, many members of the Lytton First Nation in British Columbia had been wary of tap water. Even as children, they had known that if they drank it, they might get sick. So in the summer of 2016, it was with cautious optimism that the residents of five homes in two Lytton reserves watched as a new water treatment system was installed in their basements. Could this refrigerator-sized device, developed by researchers at UBC really give them the clean tap water they had needed for years?

When it comes to providing potable water to under-resourced communities, Canada’s track record is spotty at best. While a number of communities that have received government funding now have good water systems in place, the federal government has struggled to help others — especially smaller and more remote communities — escape drinking water advisories, some of which date back decades.

For communities like Lytton First Nation, the situation may be even more challenging. With an on-reserve population of around 1,000, Lytton First Nation is largely composed of pockets of just two, three or four homes — so-called “micro-communities” — that the government considers to be too small to qualify for capital infrastructure funding. Effectively left to fend for themselves, they have no choice but to buy bottled water or boil water drawn from nearby creeks or rivers in order to meet their daily drinking, washing and sanitation needs. There are thousands of them scattered across BC alone.

When Madjid Mohseni, a professor of chemical and biological engineering at UBC, first visited one of these underserved communities, he was startled by what he saw. Although a substantial portion of the world’s population has always lacked access to safe drinking water — as of 2018, it is about a quarter, or 2.1 billion people — the water conditions Mohseni observed were closer to what one might encounter in a developing nation, not a so-called developed country like Canada. And the damage, he knew, was more than physical; it was also moral — depriving people of their sense of dignity and self-worth.

“As the United Nations has declared, access to sufficient safe water is not just a human right, but essential to the realization of all human rights,” says Mohseni. “As an engineer, I feel compelled to do what I can to help address a solvable problem that has persisted for far too long.” To this end, Mohseni has served for nearly a decade as the scientific director of RES’EAU WaterNET, a UBC-based research network which aims to develop and deliver effective and affordable water treatment technologies that are tailored to small, rural and Indigenous communities — historically neglected groups which continue to seek proper recognition. The first and only organization of its kind in Canada, the Network currently includes 17 professors from eight Canadian universities, as well as numerous partners from the public and private sectors. But it is the partner communities that lie at the heart of RES’EAU, shaping and driving all of the work that it does. Through group and individual meetings, community members provide the network with valuable information about their needs, preferences and expectations. In doing so, they help co-create solutions that meet the unique requirements of their community. Dubbed the “Community Circle” approach, this enables Mohseni and his colleagues to not only provide the best technology possible for that particular community, but also build trust and form lasting relationships with the residents themselves.

“RES’EAU is about respecting the cultures and lives of the end users as much as it is about research, technology and policy,” says Mohseni. “Our approach to research is to treat communities and operators as co-developers and valued partners, and they will respond by becoming the projects’ most valuable resources. More often than not, the user communities and operators provide better ideas than anything we could have come up with ourselves.”

For several months after UBC’s water treatment devices — equipped with filters and ultraviolet disinfection technology — were installed in the two Lytton First Nation reserves, local operators monitored their performance (good), energy consumption (minimal) and homeowner response (positive) on a weekly basis. And in January 2017, after the First Nations Health Authority reviewed the information that had been collected, the boil water advisories were lifted — and remain so today.

Since then, RES’EAU has installed similar point-of-entry systems, as well as centralized water treatment systems, in several other BC communities that have been under decades-long boil water advisories. As the federal government seeks to end all long-term drinking water advisories on public systems on reserve by March 2021, RES’EAU will continue working to advance its goals: creating and implementing innovative new water technologies, enhancing dialogue and collaboration among stakeholders, and improving governmental policy and regulations relating to small water systems.

“We hope that our Community Circle strategy offers a promising model for small water systems that will eventually be adopted not just across Canada, but around the world,” says Mohseni. “A cookie-cutter approach to addressing issues of this magnitude can take you only so far.”