From Robot Control to Rewriting the Mind 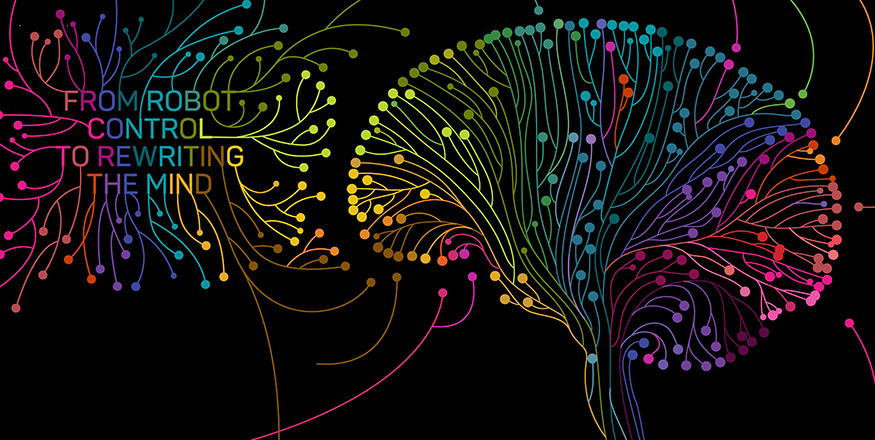 As Neuralink, a brain-computer interface (BCI) company led by eccentric billionaire Elon Musk, continues to make headlines, UBC is preparing to make a significant impact in the design and application of BCI technology.

FROM MATERIALS TO MEDICAL BREAKTHROUGHS

“The human interface is the weak link standing in the way of exploiting technology to its full extent,” says Birch, a Canadian Paralympian and Executive Director of the Neil Squire Society, who has received the Order of British Columbia. “The complexity of the human body poses significant challenges when trying to integrate devices. Whether you’re pressing a device against the skin or implanting it within the brain, longevity and stability are a major barrier.”

These barriers, in Birch’s view, are much to blame for holding back progress in the past. Beginning with silver wires pressed into the scalp in the 1920s and followed by hard metal and silicone implants in the 1950s, engineered devices used in BCIs have typically not been well suited to the softness and sensitivity of the human body. But UBC, with its pioneering work in soft electronics and tissue engineering, is poised to make an impact that will accelerate this journey towards sustainable human interfacing devices.

One proponent of this cause is Karen Cheung, associate director of the UBC School of Biomedical Engineering, who points out the necessity for matching material and human properties. “The body can produce a wide variety of immune responses when it discovers a foreign material,” she says. “In particular, inflammation and the formation of glial scar tissue can encapsulate an implanted device, rendering it less useful over time, and potentially causing serious damage to the body.” Solving this challenge by matching the mechanical properties of implants with spongey brain tissue may be one part of the solution.

In July, Neuralink presented a new, softer version of technologies that have been lab-based since the 1950s. Out were the old hard electrodes (i.e., sensing points) made of metal or silicon; in were new soft polymer threads, microstructured to increase the number of electrodes ten- or even a hundred-fold compared to common BCIs. This direction of travel is welcomed by Birch, who remains cautious of buying into Neuralink’s hype, but states that “it’s a long journey to meld artificial and synthetic information processing and, whether you’re going subdermal [under the skin] or implanting into the brain, the design of the materials is best place to start.”

Today, dozens of clinical populations require new ways to communicate with the outside world, control their environments and restore autonomy. BCI technology offers the chance for millions to drive wheelchairs, control prosthetic limbs or make homes truly accessible — imagine a smart home connected to your mind. But these applications, UBC researchers and colleagues say, are only scratching the surface.

As UBC Applied Science elevates its BCI research, the need to collaborate and engage with the evolving BCI ecosystem along the Cascadia Innovation Corridor increasingly becomes a priority — we recognize the need to make inter-university connections with other leading institutions in the field. One such opportunity will be to collaborate with researchers like Professor Azadeh Yazdan-Shahmorad, a neuroengineer at the University of Washington (UW) who is enthusiastic about the future of BCI technology.

“Neurological disorders affect one billion people worldwide,” she says. ”These disorders could be due to bad connections in the brain, like in the case of post-traumatic stress, or due to missing connections, like in the aftermath of stroke. The goal of so-called engineering neuroplasticity is to delete or weaken bad connections and induce good ones, moving us towards personalized neurorehabilitation.” Her colleague and fellow neuroengineer at UW, Professor Amy Orsborn, is also looking to the future: “Tapping into our innate ability to learn allows us to use the brain’s plasticity to rewire itself — to let the healthy parts of the brain figure out a new solution.”

With exciting prospects for BCI technology on the horizon, one essential element is interdisciplinary expertise that spans multiple areas, including neuroscience, anatomy, materials science, immunology and engineering. Only with such a mix of experience can biocompatible, soft electronic structures — the key to many futuristic applications — be realized. And, as Orsborn is quick to note, “The disciplines inform each other — it’s bidirectional. As you understand the brain more fully, you’re able to make better devices.”

As Neuralink continues to drive public interest, UBC and its colleagues are set to develop interdisciplinary research excellence along the Cascadia Corridor — tackling the big challenges in human interfacing and ultimately producing a new generation of highly performant neural therapeutic devices.