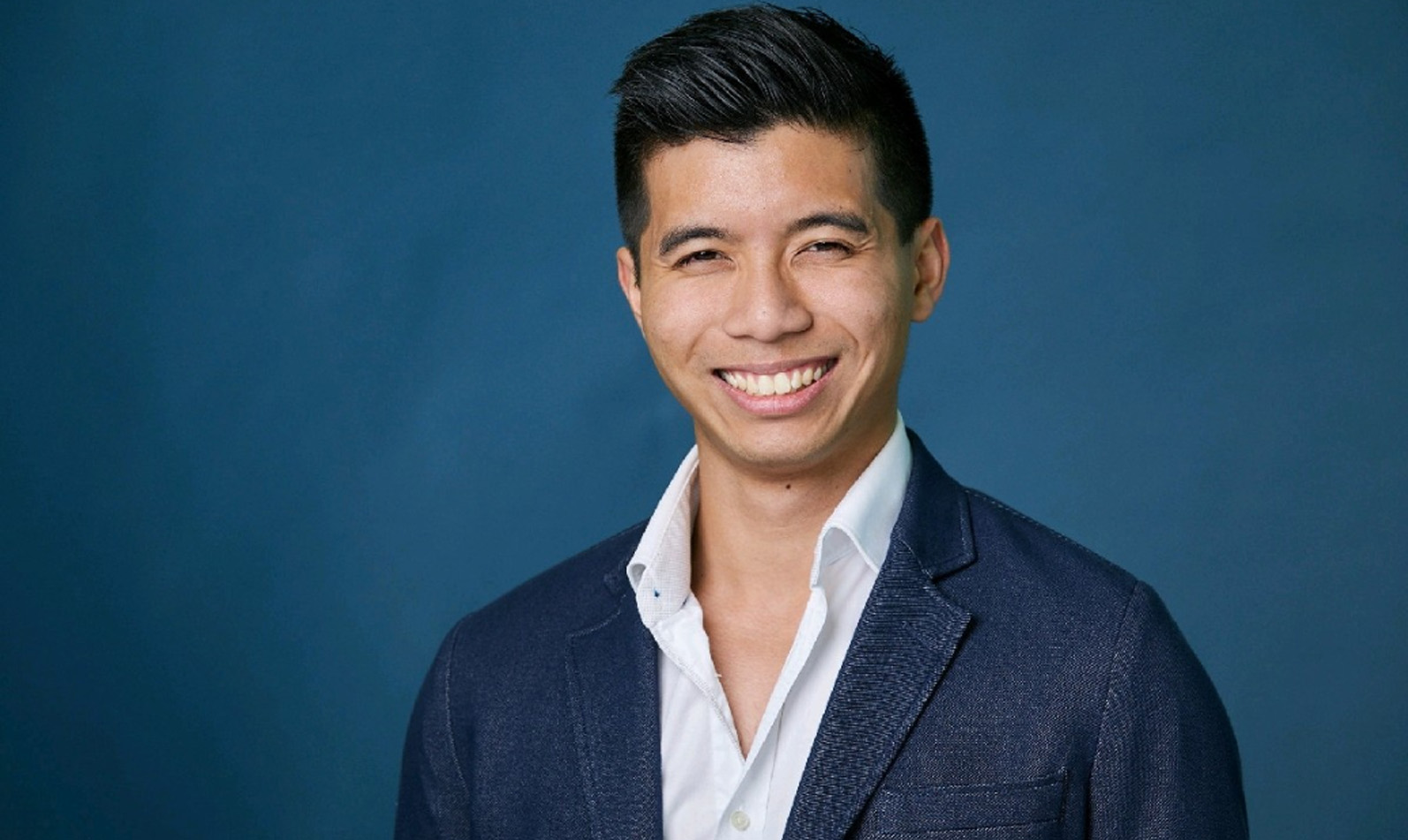 "Years from now, I’m going to be reminiscing about the support I received all throughout university from my friends and my classmates in the CHBE Department."

Jayg Dimayacyac, born in the Philippines and raised in Singapore, came to UBC in 2015 with a desire to make a difference and leave his mark. In the last five years, Jayg has put a tremendous effort into his extracurricular activities. He led the UBC Chem-E-Car team to victory in 2018, won several awards at conferences hosted by the American Institute of Chemical Engineers (AIChE), took charge of Envision —the administrative organization overseeing CHBE design projects — and managed the AIChE Pacific Northwest Region as Regional Chair in 2020. With a competitive spirit, he continued to experience success in other activities. One was the BCWWA Wastewater Competition, where he worked with five of his peers to design an ethylene glycol recovery plant at YVR Airport, for which they received third place. Outside of engineering, he has also been active in the UBC a cappella community, where he co-directed the competitive team Eh? Cappella to a first-place victory at a competition in February. Jayg has worked hard to advance the reputation of UBC in the North American chemical engineering and a cappella communities.

Why did you choose to go into your field of study at UBC?

Coming out of high school, I had a particularly strong affinity for STEM subjects. I had exceled in calculus, physics and chemistry, so I thought that whatever career I picked had to encompass at least one of the three. In addition to that, my dad, an engineer himself, pointed out that engineering was a foolproof way of earning a more than decent salary once I entered the workforce. So, when I finally had to make my decision about what major I wanted to do in university, I had to look at the facts. I wanted to do math and science, and I wanted to be rich. Five years later, I can’t remember the last time I took a general physics or math course, and now here I am graduating into a recession. But I wouldn’t have it any other way. Through my years of university, I have become fond of the responsibilities of a chemical engineer. From plant simulations to drafting P&IDs to identifying risks through HAZOP, chemical engineers must be versatile in order to do what they do. I am proud to be on the path to become a chemical engineer.

What has made your time at UBC memorable?

After my first year at UBC, where everyone was scrambling to get into their desired engineering discipline and doing whatever it took to sport a high GPA, I had the impression that everyone at this school was a ‘snake.’ Coming to CHBE in second year, I couldn’t have been more wrong. Years from now, I’m going to be reminiscing about the support I received all throughout university from my friends and my classmates in the CHBE Department. I have been extremely fortunate to be surrounded by peers who are the kind of people that want to see you succeed. If I had questions about an assignment, I would feel comfortable asking any of my classmates for help. If I wanted career advice, I wouldn’t hesitate to ask either. I believe the shared sense of camaraderie between us here in CHBE stems from the fact that each one of us is trying to get through a boat load of assignments and exams, and it makes it a little easier know that we are all in this together. Suffering with your peers is undeniably a path to creating lasting relationships.

What has been your most valuable non-academic experience studying at UBC?

This is a shout-out to the team that has been a family to me unlike any other. Eh? Cappella is one of UBC’s competitive a cappella teams, and it has placed in the ICCA (International Championship of Collegiate A cappella) Quarterfinals competitions over the past three years. This year, I was a co-director for the team and arranged most of their music. This past February, Eh? Cappella placed first at the ICCA Quarterfinal competition. Directing a team of 18 people for six to nine hours a week is not an easy task, and through the role of co-director, I learned a valuable skill that I was not able to pick up in my other leadership positions in university: how to make members feel important. The more important each member of the team felt, the more effort that member would put into each of our dreadfully long rehearsals. Being in Eh? Cappella was an experience of a lifetime — never have I been in a team with so many talented individuals putting their all into doing what they love to do.

Tell us about your experience in your program. What have you learned that is most valuable?

Time management is one of the biggest skills one can take away from a chemical engineering degree. Balancing eight courses with extracurricular activities is a challenge that is never going to be easy, but it is a skill that can be improved over time. Over my past few semesters of university, I noticed my habits changing ever so slightly to adapt to the struggles of balancing school and extracurriculars. I started to check my schedule more often to find little pockets in the day to rest or do something productive. The ability to balance my time is a skill I will carry with me into my career.

How are you applying the skills you learned through your studies at UBC?

Through my studies at UBC, I learned valuable skills in addition to the content from my academic subjects. One of the most vital skills I learned was how to work within a team. Apart from my courses, I was active in several activities, one of them being the engineering design team Chem-E-Car. Within Chem-E-Car, I had the opportunity to apply my team skills in managing the efforts of multiple sections of the Chem-E-Car team, which included the Mechanical team, Battery team, Chemical clock team, and Electrical circuitry team. Each of the different sections had a unique goal, but it was my job to bring together each goal to create a car that was powered by a homemade electro-chemical battery and controlled by a chemical stop-clock mechanism. Having developed my skills in a team through my studies at UBC, my job as Chem-E-Car captain that year was made much easier.

What advice would you give a student entering your degree program?

Nobody ever tells you this, but when you enter university, you are given a growler filled to the brim with all the slips and blunders you will ever make in your life. Every mistake made is another sip out of the growler. While you are in university, you can afford to take these sips, but the moment you step out into the real world, the contents of the growler go bad and taking each sip is even more risky. While you are here in university, especially in engineering, you are given hundreds of chances to fail and hundreds of chances to get back up. After you graduate, life won’t give you so much of the latter. Make your mistakes and learn from them now, while the growler is still fresh.

How do you feel your degree has benefitted you compared to a different field of study?

I was alternatively planning to go into business before university, but I can see now that the path I have chosen is the path that was meant for me. If I hadn't done engineering, I never would have been able to pursue my interests in math and science and turn them into something valuable. What I like about engineering is that while we do have to know a lot about the technical side of things, we also have to have the soft skills to support it. In business, I get the impression that it is mostly soft skills that are required. I think it is beneficial that through this field of study, I get the best of both worlds.

Where do you find your inspiration?

The upperclassmen of my department have always been my role models. Having been APSC Rising Stars in their respective years, Thanos Kritharis and Siang Lim have become my idea of success in university. I feel that I owe them a part of my successes because of how much they have fueled my ambitions throughout my time here at UBC.

What are your future plans to make a difference in our world?

Making a difference in the world begins with first making a difference in my community. For the last five years, Vancouver has been my home away from home, and compared to many other cities in North America, it has had success in implementing sustainable practices across its various facilities and city services. There is another city, however, that has also defined the gold standard of sustainability. Copenhagen, Denmark is one of the greenest cities in the world, and its sustainable practices have become the city’s hallmark. Vancouver does not have to go great distances to match this golden standard. With a degree in chemical engineering, I am given the opportunity to develop technologies and processes that can propel cities forward, particularly in industries relating to energy and utilities. My plans for the future involve looking into opportunities to use my knowledge to give back to the city that has given me so much over the last five years.