How NZ Technologies is enabling touchless control in the operating room 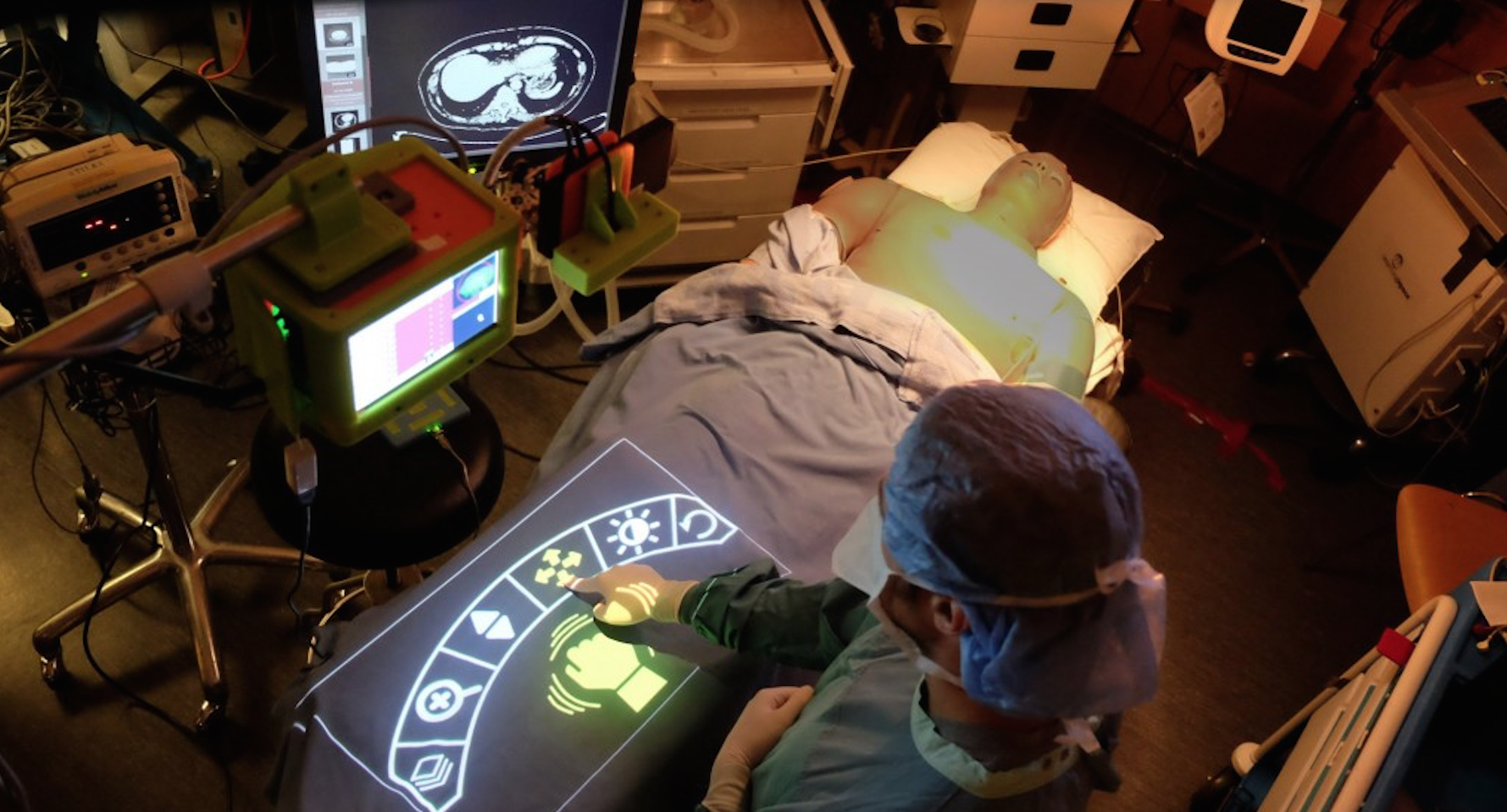 When Nima Ziraknejad was a doctoral student in Electrical and Computer Engineering, he knew that the best outlet for his innovative drive would be to form his own company. Nima’s PhD work involved research and development of an active head restraint (aka headrest) system to mitigate whiplash injuries in vehicular accidents. When he founded NZ Technologies Inc. (NZTech) in 2009, his initial focus was on smart home/assisted living applications of the machine vision, robotics, and learning algorithm expertise he had acquired as doctoral student to that point. The technologies that resulted and Nima’s PhD work caught the eye of a clinical team of interventional radiologists from UBC, who saw a potential solution to a vexing problem in the operating room (OR).

In interventional radiology (IR), continuous imaging is required during an operation to, for example, pass a catheter through a blood vessel. Currently, the practitioner must exit the OR in order to review and manipulate radiology images captured either before or during the operation, using a traditional keyboard and mouse. This interrupts their cognitive flow and requires them to re-sterlize before returning to the OR.

Following an introduction by Dr. Behrang Homayoon, an IR resident at the time, the UBC IR team, led by Dr. David Liu, approached NZTech in 2013 to see if the company could design a touchless interface that would enable them to remain in the OR while manipulating radiology images displayed on a screen next to the surgical bed.

“The entrepreneurship@UBC program provided me with invaluable guidance and advice in taking NZTech to the next stage. In the process, I’m sure they saved me from making many painful and costly mistakes.”

With funding from the National Research Council’s Industrial Research Assistance Program (NRC-IRAP) and in collaboration with the clinical team, NZTech developed a projection-based gesturally controlled device that would allow IR practitioners to interact with radiology images touchlessly and ergonomically. They named the device TIPSO (Touchless Interaction with Picture Archiving and Communication Systems (PACS) in Sterile Operations). TIPSO projects menus onto the surgical drape, allowing the practitioner to control the images by simply hovering his/her index finger over the projected control icons without needing to leave the surgical bed. Their focus on the operation, and the sterility of the OR, are preserved, while surgical time is reduced and patient workflow improved.

Nima turned to UBC’s entrepreneurship@UBC program in 2014 for help in commercializing his lab-based technologies. Program Director Blair Simonite liked what he saw and recommended that the NZTech team take the Lean Launchpad (LLP) Accelerator program to develop and validate a business model. The five-week intensive program focused the team’s attention on identifying potential customers with a pressing problem that the company’s innovations could resolve. Interventional radiology presented that problem.

NZTech then created a solid business model for TIPSO that could be taken to investors. With support from NRC-IRAP and Wavefront, NZTech was able to hire a prominent local medical device commercialization consulting firm to conduct professional market research, as well as go-to-market and return on investment planning for TIPSO.

Successful clinical validation and the experimental assessment of TIPSO at the Centre of Excellence for Simulation, Education, and Innovation (CESEI) at VGH, along with significant attention from the medical community, set the stage for NZTech’s participation in the entrepreneurship@UBC pilot program Venture Builder. The program pairs UBC ventures with an experienced Entrepreneur-in-Residence (EIR), to help move the venture from a validated business model to building a company. “Venture Builder provides specific assistance to a select few ventures, tailored to the skills and background of each CEO,” says UBC EIR Jennifer Thompson. “Startup companies like NZ Technologies have a much greater chance of success if they bring in experienced advisors who have built a few companies to help them avoid some common mistakes.” The NZTech team met weekly with Jennifer over a 16-week period to work on their corporate strategy, refine their business plan, produce marketing materials, develop a budget with longer-term cash flow projections, and prepare for upcoming investor presentations.

The entrepreneurship@UBC program has positioned a very determined Applied Science alumni to realize a potential worldwide market for TIPSO of close to $2B. Investors at the Vancouver Angel Forum seem to agree: NZTech won both the PricewaterhouseCoopers Award for Best Pre-Revenue Company and the Acheson Mobile Award for Best New Technology at the event held on November 20, 2015.