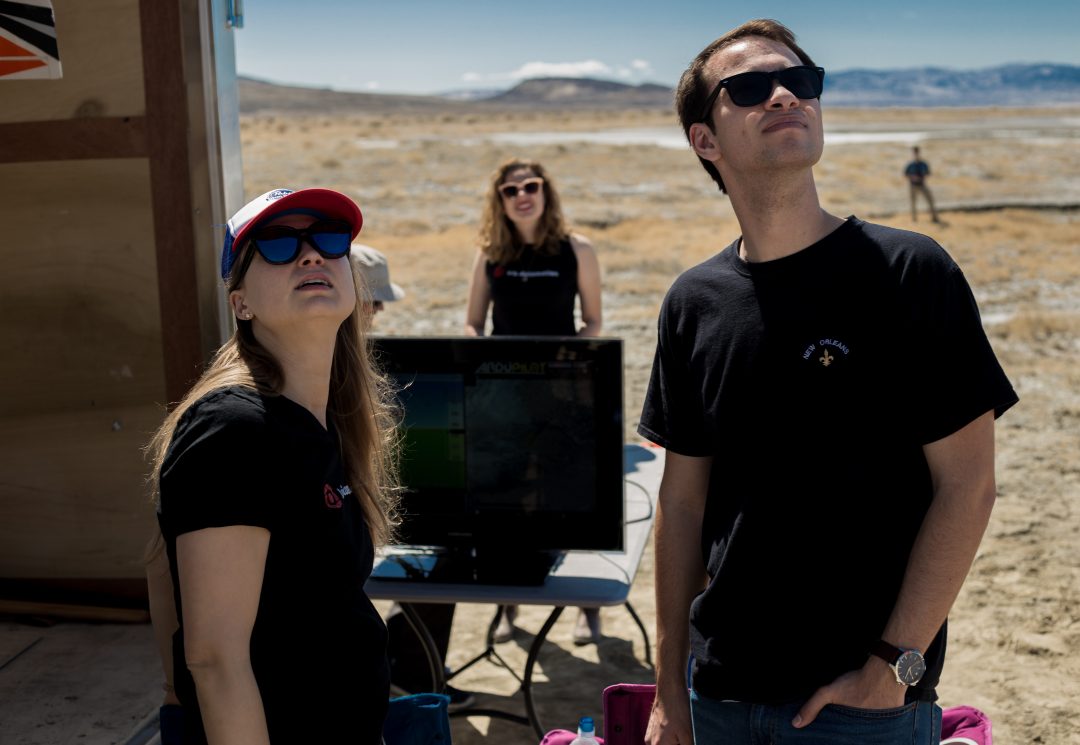 In October 2015, Alexander Harmsen (BASc ’15 Engineering Physics) and co-founder James Howard (BASc ’15 Mechanical Engineering) launched their start up, Iris Automation, a company specializing in autonomous drone software that is going to revolutionize the drone industry and create immeasurable applications for creating safer skies in Canada and around the world.

Though they were in separate departments, the two started the UBC Unmanned Aircraft Systems design team years back when they discovered a common passion for robotics, artificial intelligence and aerospace applications that would drive them forward in their career aspirations. Both students boast impressive resumes: Howard was previously an engineer at Boeing, developing avionics systems for military drones, and was recently involved in building the first four satellites at Spire Global. In 2015, he won the National Mark Cuss Award for his contribution to robotics in Canada. Harmsen completed flight school and earned his pilot license in high school (the beginning of his career with aerospace tech); he has worked at companies including MDA, Airbus and Matternet and as a computer vision software developer at NASA’s Jet Propulsion Lab, working on a project that is scheduled to fly an autonomous helicopter on Mars in 2020 – while he found the project fascinating and an excellent opportunity, both he and James have always pursued entrepreneurial projects and wanted to collaborate on something that would have a much larger impact on Canadians.

Iris Automation was their solution. Their company is building collision avoidance systems for industrial aircraft. The application for this software is seemingly endless. While much of the general population may think of drones in the context or sports and recreation, Iris Automation is focused on a different purpose: agricultural surveying for crop monitoring, irrigation tracking, forestry management, mining exploration, pipeline inspection, search and rescue and even package delivery.  Drones have the potential to replace the archaic, man-powered monitoring systems that are being used in many of these sectors and change many traditional industries. However, before Iris Automation, drone safety issues were a major impediment to progress because drones cannot be trusted to be completely autonomous.

For example, there are currently over 2.5 million kilometers of pipeline across North America and monitoring those lines is a huge undertaking. Monitoring for leaks is being performed on foot, which is time-consuming and arduous task, or aerially via helicopter, which greatly degrades accuracy. Often, pipelines are not monitored at all because it is too expensive. It’s easy to see how a drone could be enabled for this purpose, to get closer to the lines, travel faster and ensure a quick and accurate response. Existing technology is limited in its inability to navigate obstacles, making Iris Automation the key that unlocks this entire industry!

“Drone pilots are skilled aviators, but even they struggle to see and avoid obstacles and aircraft when operating drones at extended range” says Howard. If a drone enabled with Iris Automation were on a flight route monitoring a pipeline over an agricultural region and encountered a local farmer crop dusting on an unscheduled flight path, the software would acknowledge the other aircraft as an obstacle and autonomously assess and correct its own course, thus preventing a potentially fatal collision. These kinds of avoidance scenarios are the driving force behind the software development at Iris Automation.

The next step for the company – which in addition to Harmsen and Howard now includes computer vision PhD graduates, business development and other robotics software developers – will be an intense three months at Y Combinator, a program that has been hailed by Fast Company as “the world’s most powerful start-up incubator.” The team will move into a shared house in Silicon Valley where they will engage in activities including weekly presentations, networking, demonstrations and events that are designed to help them achieve the best possible position within their industry, create a better product and attract buy in from users and funders.

UBC Engineering Physics places a huge emphasis on entrepreneurship and project-based work, which Harmsen indicates is a major strength of the program and was a catalyst towards Iris Automation. One of the stand-out moments for him was a presentation given by a former student, who had dropped out of the Engineering Physics program. “The speaker told his origin story and how he helped start Avigilon, one of the few billion dollar companies to come out of Vancouver. I think at that moment I realized Eng Phys was about solving hard problems, creating extraordinary solutions and being a leader, rather than pure academic success. That was a big push in helping us develop unique tech and look for potentially world-changing ideas to run with.”