The inaugural Turkey 2-Part Tourney struts off to a success; epic showdown between APSC faculty and staff

The Faculty of Applied Science brought together faculty and staff for the inaugural Turkey 2-Part Tourney as part of the UBC Community United Way Campaign. During the campaign’s kickoff, “A Week of Caring,” teams squared off in a live game show to raise awareness and donations for the United Way in the BC Lower Mainland.

The dexterity, problem solving and design skills of participants were tested as teams vied for ultimate departmental pride and a chance to wield the coveted Turkey Trophy.

Twelve teams of four, including a team with APSC dean James Olson, competed in the event with one-part trivia and one-part mystery games. Participants embraced the turkey theme with team names such as UBC Electrical and Computer Engineering (ECE)'s Electurkeys and Computurkeys and Geering Up’s Gobble Up. A special appearance was made from Seymour the sea otter, the United Way mascot. 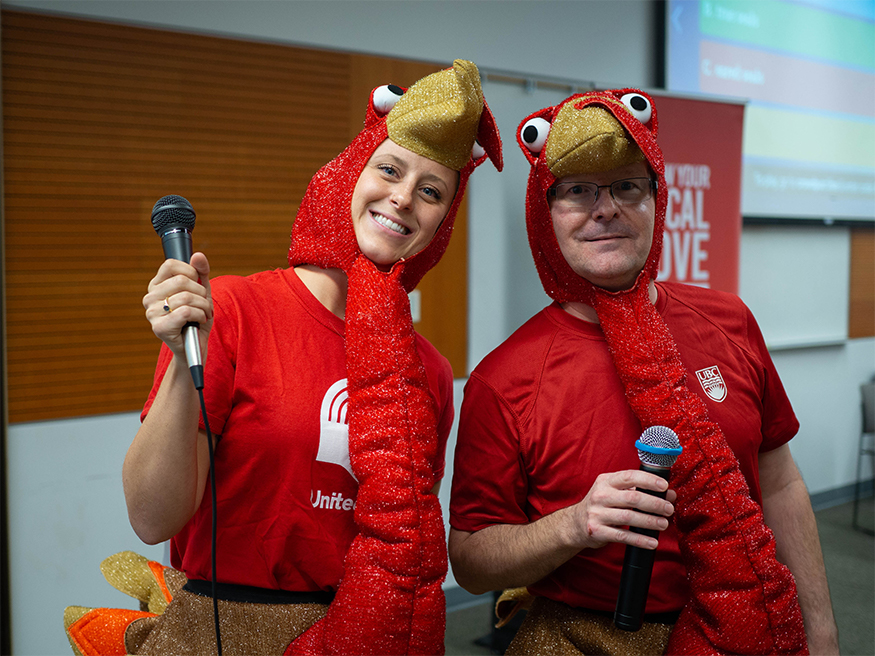 In the end, the brilliant minds of APSC dean Olson, ECE’s Sudip Shekar, Mechanical Engineering’s Steve Feng and Chemical and Biological Engineering’s Vikram Yadav could not take down the mighty Commonwealth Crusaders composed of members from marketing and student recruitment. Congratulations to the Commonwealth Crusaders for winning the inaugural Turkey 2-Part Tourney and Second Helpings and Pumpkin Spice and Everything Nice for rounding out the top three. The winning team had their combined point total (game show score + fundraising amount) of 1,406 matched as a donation by the dean’s office. A grand total of $3,951 was raised in this inaugural event! 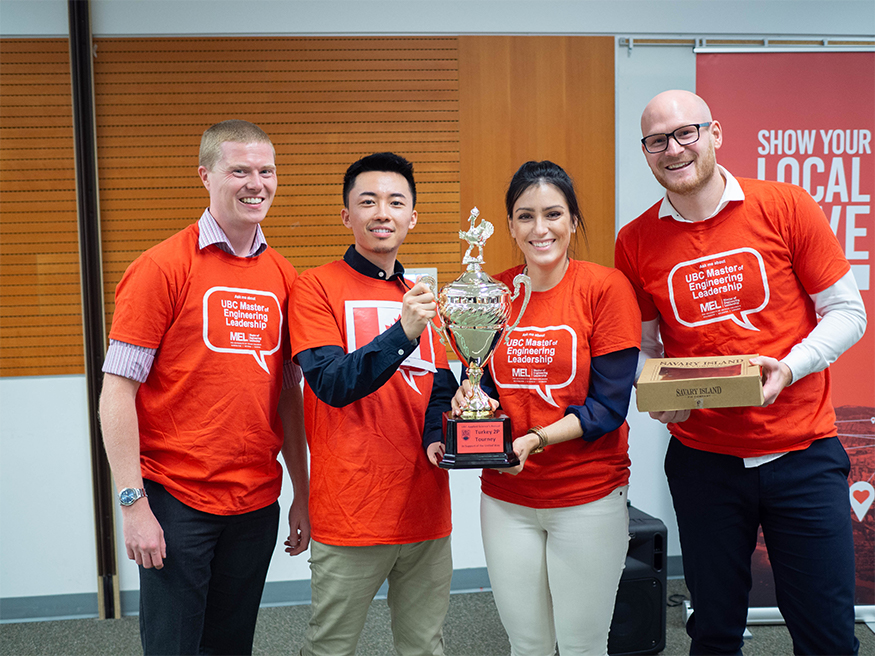 A big thank you to all of our participants, volunteers and fundraising contributors — we couldn’t have done it without you!

We need your help in achieving our goal of 1,000 donors for this year’s United Way campaign. Over the next three months, if you donate to the campaign from the Management Service Portal (MSP), you will be automatically entered to win prizes such as a dinner with Santa Ono or UBC memorabilia, with an early-bird prize of a WestJet travel voucher for a flight anywhere in North America if you pledge before October 23!

See the impact of your donation to United Way: Local love: opening a world of opportunities.