Born and raised in Prince Rupert, MacDonald received his bachelor’s degree in electrical engineering from UBC in 1959 and his master’s (1961) and PhD (1964) degrees in electrical engineering from the Massachusetts Institute of Technology. In 1965, while an assistant professor at MIT, MacDonald accepted an offer to teach at UBC. He remained here until 1973, when MacDonald decided to devote himself full-time to a small technology company that he and Vern Dettwiler, a friend and colleague, had founded in 1969 in the basement of MacDonald’s home.

MacDonald, Dettwiler and Associates would become Canada’s foremost space technology company, developing industry-leading robotics, satellite systems and other products for clients such as the Canadian Space Agency, NASA and the International Space Station. Among their world-famous innovations are the synthetic aperture radar instrument, which enables satellites to acquire high-resolution images of Earth despite the presence of darkness, cloud cover and other obstructions, and the Canadarm, a remote-controlled mechanical arm used by NASA’s Space Shuttle Program for three decades. 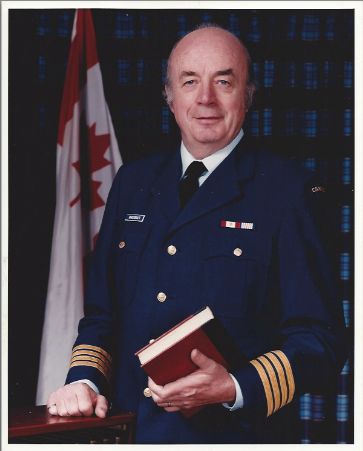 MacDonald is an Officer of the Order of Canada and a Fellow of the Institute of Electrical and Electronics Engineers, the Canadian Academy of Engineering and the Canadian Aeronautics and Space Institute. Among his other honours are the British Columbia Technology Industry Association Impact Award for Person of the Year and the Impact Award for Emerging Company of the Year (for Day4 Energy, a solar cell technology company he co-founded in 2001). He also served as chancellor of the University of Northern British Columbia between 2010 and 2016.

The alumni UBC Achievement Awards recognize recipients for “excellence, leadership, and innovation in their achievements and contributions to the social, cultural, and economic well-being of society, which positively reflect on the University of British Columbia.” The awards will be presented at the alumni UBC 2019 Achievement Awards Dinner and Auction on Thursday, November 21, at the Fairmont Hotel Vancouver.

Dr. MacDonald is a pioneer of Canada’s high-tech industry. His novel use of satellites to produce high-resolution images of Earth is what made ubiquitous technology like Google Maps possible. Dr. MacDonald’s company, MacDonald, Dettwiler and Associates Ltd. (now Maxar Technologies), was also involved in developing NASA’s Canadarm, an iconic remote-controlled robotic arm deployed on the Space Shuttle system. Ever the entrepreneur, Dr. MacDonald emerged from retirement in 2001 to contribute to the growth of BC’s thriving clean technology sector by co-founding the successful solar energy company Day4 Energy Inc.