The UBC Thunderbots placed first in their division at RoboCup 2019, an annual international robotics competition aimed at “[promoting] robotics and AI research by offering a publicly appealing but formidable challenge.” These challenges include robot soccer and robot rescue.

The Thunderbots defeated Brazil’s RoboIME team 1-0 in the Division B finals of the Small Size League of RoboCup Soccer, where two teams of six robots — each autonomous and AI-controlled — play with an orange golf ball on a nine-by-six-metre green carpeted field.

They were one of two Canadian teams participating in the competition and are the first Canadian team ever to become champions of the Small Size League.

“This is a monumental achievement for us, and we are honoured to be representing the faculty, UBC and Canada on an international stage,” said team captain Mathew MacDougall. “The team has come a long way since we first started attending RoboCup in 2009, and we owe our success to the continuous hard work and dedication of our members and to the support of UBC, UBC Engineering and our sponsors.” 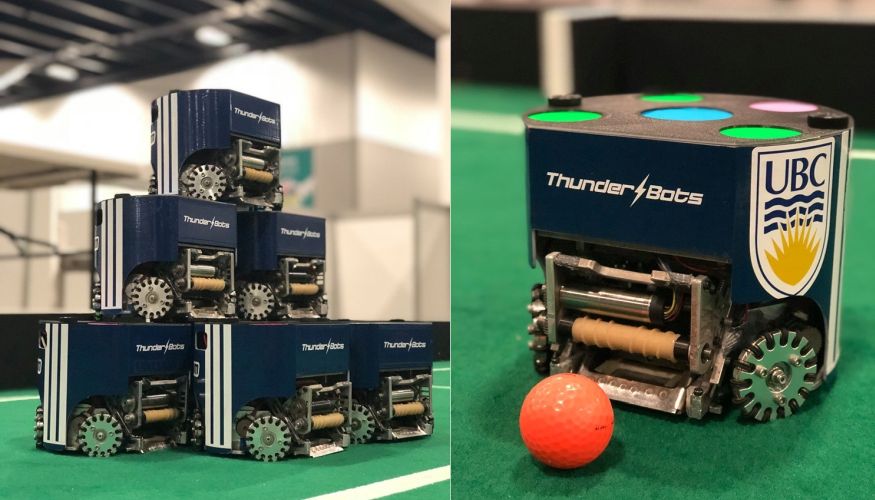 Founded in 2002, the UBC Thunderbots are a wholly student-run design team whose members come from diverse academic backgrounds, including engineering, computer science and commerce. In addition to providing students an opportunity to develop their technical and interpersonal skills, the team uses soccer to generate enthusiasm for robotics among youth in British Columbia, demonstrating their bots at elementary and secondary schools around the province.

The RoboCup ultimately seeks to lead to the creation of “a team of fully autonomous humanoid robot soccer players [that] win a soccer game, complying with the official rules of FIFA, against the winner of the most recent World Cup” by the mid-21st century. While soccer-playing robots are not expected to have a significant economic or social impact themselves, the challenge may inspire innovations with valuable industrial applications along the way.

Despite returning only recently from Sydney, Australia, where RoboCup 2019 was held, the Thunderbots are eager to begin work on their next generation of bots, which will compete in Bordeaux, France in 2020. The RoboCup is one of the largest robotics events in the world, having attracted over 3000 participants from 40 different countries since its official launch in 1997.

The team's winning goal and celebration can be seen in these videos. 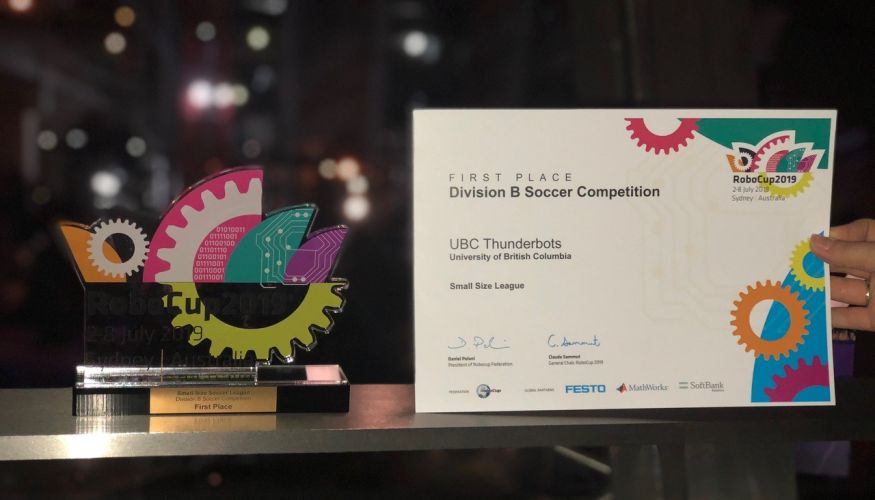